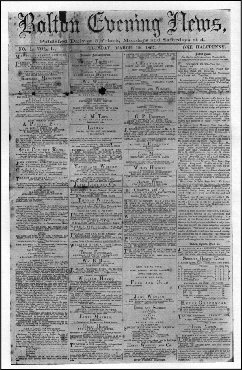 1894: First daily newspaper in Britain to produce a photograph by the halftone process.

1926: One of the first offices outside London to be equipped with Cread-Wheatstone apparatus which bought both home and foreign news over a landline into the offices.

1962: The Evening News made newspaper history when, for first time in a British paper, all editions contained a full-page printed in Hi-Fi colour.