THE ESSENTIALS ARE UNCHANGED

When the 23-year-old William Frederic Tillotson  eagerly scanned the damp sheets of the ﬁrst Evening  News on that March day in I867 it is extremely  doubtful if he realised just what he had begun.

He would, of course, be a proud man as he  realised that he had published the ﬁrst halfpenny  evening paper in England, apart from a shipping  paper in the north-east. He would have high hopes  for the success of his bold venture.

But could he have visualised that from this  modest, four-page paper would emerge the Evening  News as it is today: prosperous, well-equipped and  selling nearly 90,000 copies each evening?

‘W.F.’ would be amazed if he were able to handle  today’s 24-page Evening News, with its modern  make-up, pages of pictures, news and features, its  columns of classiﬁed and display advertising. Yet  I am sure he would very soon recognise it as a true  descendant of the paper that he created.

For, however much appearance and size may have  changed, the Bolton Evening News retains the essentials of its predecessors of a century ago.

Firstly, it remains a family-owned newspaper,  owned and run by his own grandchildren. Too  much cannot be made of this remarkable achievement. For more than 40 years provincial evening papers have been disappearing, one by one, into the  great newspaper chains. I am proud that the Evening  News is one of the minority which remain independent, and that it shows every indication of  going on to complete its second century still in the  ownership of the Tillotson family.

What else would ‘W.F.’ recognise? Undoubtedly  the leader columns, which continue the tradition,  established very early in our history, of independent,  progressive views, particularly on all local affairs.  Throughout its long life the Evening News has always been in the forefront of progress in Bolton,  whether it was for improvement to the town or im-  provement in the lot of its citizens.

That remains our policy. Within the last 12  months we have campaigned for a very wide range  of causes, ranging from smokeless zones and the  Clean Air Act to the preservation of the beauties of  the Lake District. Sometimes the paper has not seen  eye to eye with the Town Council but it has  always pressed for what it believed to be progress in  the true sense of the word, regardless of party and  sectional interests.

As I write we are giving the proposal for a live  theatre in Bolton our full support; we have criticised  the majority party on the Council for throwing out  an overspill scheme that would have increased  Bolton’s population by 20,000; we are at odds with  the local education authority and, indeed, with the  grammar and secondary school headmasters because  they will not now permit us to publish the results of  the GCE ‘O’ level examinations.  In this last case the battle will continue, for it involves what the Evening News considers a vital  principle of a free press: the right to publish news of  legitimate public interest.

Another link with the early years is the Readers’  Letters feature. Our readers show their interest in us  by writing in on every conceivable subject and letting  us know in the plainest terms whether they approve  or disapprove of our policy. Not only this: the  feature serves as a public debating forum for the  whole area, and letters ﬂood into our oﬂices whenever there is a subject which really arouses public  feeling. A lively Readers’ Letters feature is always a  tonic to an editor. He knows that when readers write,  they are reading the paper. By that test the Evening  News passes with ﬂying colours, and the present  editor is correspondingly pleased.

‘W.F.’ would, I am sure, be happy to see the  large amounts of space devoted to local news and  pictures. From its earliest days the Evening News has  always been convinced that its readers were entitled to have the best possible news service of their  own area. This policy remains and, indeed, is being  strengthened in the light of present-day needs,  when local news is the one ingredient with which an  evening paper can ‘scoop’ the television and radio  bulletins. A thirty-second TV ﬂash is no substitute  for a comfortable half-hour with the local paper.

Finally, our founder would realise that the paper  had not changed at all in its method of production.  Tonight’s Evening News is bigger, produced far  quicker, and is in every way superior to its ancestor.  But it is printed on rolls of newsprint which are not very far removed from the single sheet of that ﬁrst  issue. The type is still made of metal, even though  the type-setting machines introduced at the end of  the last century greatly increased the speed of production. The rotary printing presses are direct  descendants of the machines used during the paper’s  early years. The only important change is the introduction in recent years of electronically etched halftone blocks to reproduce photographs, replacing the  old ‘wet process’ method.

It is in these production methods that the Evening  News may well take its biggest leap forward in the  not too distant future. Already computer-assisted  type-setting machines are working in America and  in one or two ofﬁces in Britain. Web-offset printing  presses, which give the facility for full colour reproduction, are well established among weekly papers.  The end of the era of hot metal type is in sight.

True, there are a good many snags still to be  ironed out before an evening paper of our size can  conﬁdently plunge into this exciting new world of  colour and freedom from the tyranny of metal. There  are still technical improvements to come; the  economics of the new processes have yet to become  as attractive as those of their predecessors. But I  have no doubt that the Evening News of the 1970s  will be an altogether more colourful, attractive and  successful production than its admittedly successful  counterpart of today.

I am equally sure that despite any changes in production and appearance the Evening News will preserve those essentials which, over the past century,  have stood it in good stead. Local news, honestly  presented….progressive views, fearlessly expressed….a close and continuing association with its  readers….These are the essentials which each issue  of the Evening News has included, right from that  day in 1867. We shall continue to hold fast to them and to our readers.

Extract from from Mercury Spring 1967

The Bolton Evening News was established as a halfpenny evening newspaper in 1867 by a Bolton  printer, the late Mr W. F. Tillotson, and it remains in the possession of the family today, his last  surviving son and his grandsons being the only directors and all taking an active interest in the  printing and newspaper business of the firm.

This was the introductory paragraph of evidence given before the Royal  Commission on the Press in April, 1948. It sums up not only the family control of  the newspaper group, which on March 19th will have existed for 100 years but also  the close personal relationship which has been maintained between employer and  staff throughout its existence.

The founder, William Frederic Tillotson, launched the Evening News on his  23rd birthday. He was a man of immense energy who possessed the great virtue of  straight-forwardness, and inspired in his employees an immense loyalty. He  founded not only a newspaper but also a tradition of goodwill between employer  and employee that was carried on by his sons and by the present generation of the  Tillotson family. In the history of the ﬁrm this family spirit has been strengthened  as sons and daughters have followed their fathers into the business and a notable  feature of the past I00 years has been that a number of people have given a life-time’s service. The management have fostered this relationship in various ways by  their day to day contact with their employees, by rewarding long service by making  monetary gifts at 25, 40 and 50 years, and by ensuring that employees have shared  in every anniversary celebration. These have included not only company occasions  but such personal events as the wedding celebration of the late Mr F. L. Tillotson  in I942 and of the present chairman of the company Mr Marcus Tillotson in 1946.

When Mr W. F. Tillotson died at the age of 44 he had earned a place as one of  Bolton’s great citizens. As they became old enough his sons entered the business.  Mr ]ohn and Mr Lever Tillotson developed the box-making and printing activities  of the ﬁrm and Mr Fred Tillotson took on responsibility for the architects of the  success of the newspapers and indeed occupied the editorial chair during the two world wars. He was editor from I913 to 1927 and again from 1941 to 1945. When  the parent ﬁrm was divided into three subsidiary companies in I919 he became the  ﬁrst chairman of Tillotsons Newspapers Limited, and in I940 when Mr Lever  Tillotson died he also became chairman of the present company. Altogether he  was a director of the company for 56 years. A man of outstanding business  ability Mr Fred will always be remembered for the great personal interest he took  in every member of the staff.

Mr Fred retired from the chairmanship of the group company in I954 and from  the chairmanship of the newspaper company in 1956 and employees felt his death  on September 2nd 1958 as a great personal loss.  The three sons of Mr Fred all entered the ﬁrm in the newspaper olﬁces in Mealhouse Lane, Mr John and Mr Marcus in the immediate pre-war years and Mr  Alan on demobilisation in I946. Subsequently Mr John and Mr Alan allied their  interests to the printing and packaging factories in the group and Mr Marcus  succeeded his father in 1956 as chairman of Tillotsons Newspapers Limited. He  had been appointed a director with the responsibility for production in 1946 and a  director of the parent company in 1941.

He was the ﬁrst chairman in I948 of the Young Newspaper Man’s Association  and its ﬁrst president the following year and at the present time he is president of  the Newspaper Society. It is a happy coincidence that the centenary of the Evening  News comes within his year of ofﬁce and this has been marked by Mr Marcus  by a presentation of a jewelled medallion.

Whilst the last dozen years have been remarkable for the expansion which has  taken place within the group as a whole the newspapers have also moved ahead  under the chairmanship of Mr Marcus. The interior of the Mealhouse Lane  premises was completely modernised in 1960/61 to provide the newspapers with  one of the most modern headquarters in the country. In 1960 an entirely new  weekly newspaper, the Stretford and Urmston Journal was added to the Lancashire Journal Series and starting from scratch it has built up a circulation of over  12,000. Three years later the four papers of the Stoke City Times series were  purchased and these are printed at Bolton. Branch offices of the Evening News  have been established at Bury, Walkden, Hindley and existing ofﬁces have all  been modernised. In January I962 the Evening News pioneered in the North  the use of pre-print colour in advertising.

Mr Marcus celebrated his 50th birthday in November 1965 and was presented  with an antique silver paper-knife by the managers and foremen. 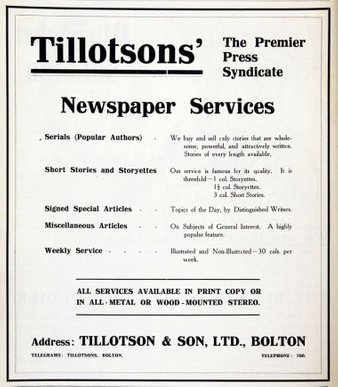 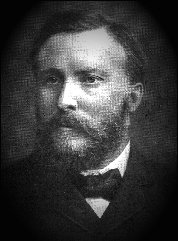 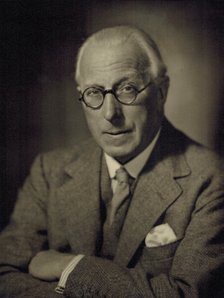 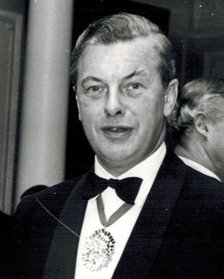