Alan Tillotson was the youngest child of Fred and Dorothy Tillotson. He was educated at Charterhouse and Oriel College, Oxford. During World War II he served in the Royal Army Service Corps. After the war he joined Tillotson & Son and was chairman of Tillotsons Containers and Tillotsons Corrugated Cases. He stood unsuccessfully for Parliament in the 1950 and 1955 General Elections but was elected Labour councillor for  the Halliwell Ward on Bolton Council in 1958 and served as a councillor until 1967. He was appointed Deputy Lieutenant for Lancashire in 1956 and later worked on the Queen’s Silver Jubilee appeal and the Prince’s Trust. He lived at Hillside in Bolton and had various houses in the Cotswolds including Bourton House at Bourton-on-the-Hill. He was an enthusiastic shot and had grouse and pheasant shoots in Lancashire, Gloucestershire and Powys. He never married but was guardian to John Edward Halsey after the death of Hugh Halsey and remained close to his sister Mary. 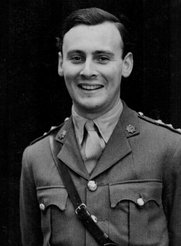