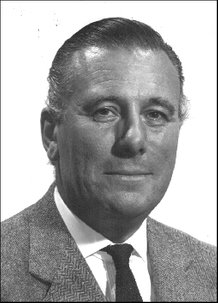 John Frederic Tillotson was the eldest son of Fred and Dorothy Tillotson. He was educated at Charterhouse and Oriel College, Oxford. During World War II he served with the Ox and Bucks Light Infantry at home and in the Middle East. After the war he joined Tillotson and Son and was chairman of Tillotson’s (Bolton) Ltd. He never married. He collected paintings and fine furniture and silver and had an interest in everything Georgian. He was a trustee at the Lady Lever Art Galley, Port Sunlight and the Wallace Collection, London and a Syndic of the Fitzwilliam Museum, Cambridge to which he bequeathed his collection of Barbizon School paintings. He lived in London and had houses at Pertenhall in Bedfordshire and at Gordes in the South of France. At the end of his life he lived on Maid’s Causeway in Cambridge.